Film photography has caught a growing interest in many younger generations in the past 10 years. While being more than 100 years old, it is not apparent to someone young what it is and how it works. In this post, I’ll tell you what is film photography, how it generally works, its most popular format, as well as its advantages vs digital.

Overview of What is Film Photography

Film photography is all about taking photographs on thin, transparent strips of plastic we call film. One side of the film strip is coated with a gelatin emulsion that contains small silver halide crystals. These crystals are light sensitive and are the ones that capture the image. The emulsion is different between each brand and type of film and determines the contrast and resolution of a photograph.

Once a whole roll of film is shot, the images aren’t there yet. It has yet to be developed in a lab where the photographs will appear on the film under the form of negatives. Why? Think of film like it was a sheet of paper that could burn more or less, depending on the intensity of light hitting it. Really bright areas of a photograph have more light and will burn the paper more than dark areas.

These negatives are then inverted into positives – the final images – when scanning and/or printing into paper. With this, we can compare with digital photography where a RAW image is a film negative and a JPEG image is a scanned or printed image from a negative. The negative is the “blueprint” of the image and can make as many different copies from it as you’d like.

If you are interested in trying film photography out for the first time, it is highly likely that you stumbled upon with the term “35mm”. But what is it? It’s the most popular film format that has a width of about 35 millimeters – which is why it has that name. It is characterized nowadays by the famous film canisters which contain the film inside them.

It was invented in 1890 by William Kennedy Dickson with the support of the Edison and Eastman Kodak companies. It started to be popular once the Leica I camera was released in 1920. The main reason why it got to be so popular was that, for the first time, amateur photographers could afford and take a camera anywhere with them. This was revolutionary at the time.

35mm is also called small format because at the time there were other two popular film formats. These two were called medium format and large format and are still used today.

Differences Between Film and Digital Photography

Film and digital photography both have their place today. Their strengths and weaknesses are different and that’s that what makes each one of them very unique. I’ll write a few advantages of each one of them.

There are a few photographers that choose to shoot film instead of digital. I extensively explore their differences in this post, but the most common reasons are the following:

Digital photography also has its place and strengths for when they’re the needed the most:

When launched, digital photography stroked a blow to film photography with the huge advantages that it brought to the table. Suddenly everyone could take many more images without any cost, previsualize them, print bigger, and produce them faster.

As time went on, people started to realize what they lost once they went all digital. They started to notice that they started to lose images over time, stopped thinking about photography principles, started being overdependent on automatic camera functions. Everything started to feel artificial, mindless, and frenetic. Film photography is still here to balance that.

Even though I love film, I use both digital and film cameras. They both have their place nowadays. Do you feel the same? Let me know in the comments! 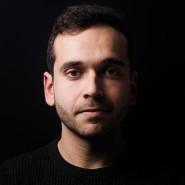